A walk around Goonhilly Downs, near Helston For those souls brave enough to venture beyond RNAS Culdrose on to the Lizard Peninsula, there is the fascinating landscape of the Goonhilly Downs nature reserve to explore. It is a popular dog walking spot and there are lots of myths, legends and actual historic ruins to explore on the walks. There is also an abundance of wildlife, including, rumour has it, the Manaccan beast — a puma like big cat. 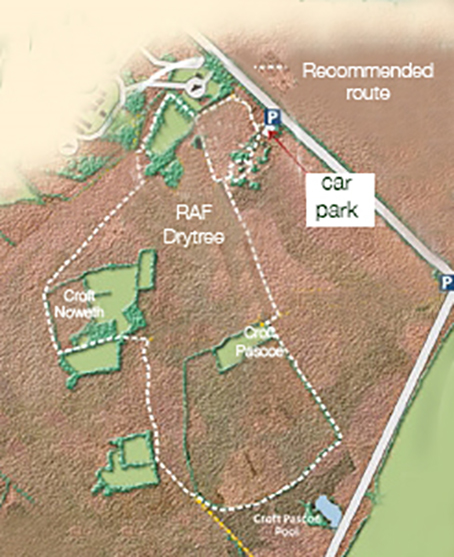 The walk — 3 miles, flt, sometimes muddy, one and a half to two hours approx

Nearby dog friendly places to eat: The New Yard restaurant (dogs allowed to sit outside) Trelowarren, The Ship Inn, Mawgan

From RNAS Culdrose, follow signs to St Keverne along the B3293. Continue until you see the giant satellite dishes, to your left. Just beyond the sign to Cornwall Segway, which operates on the Goonhilly Satellite Station site, you will see a very small sign into the car park on the Natural England nature reserve. If you reach the Traboe crossroads beyond the satellite dishes, you have gone about half a mile too far, so double back and you should find it.

From the car park walk west (away from the main road), and towards the satellite dishes. There are lots of winding tracks as the map shows. Follow the main track. Among the scrub and vegetation you will see lots of building ruins — the remains of RAF Drytree, a radar station built here during WWII. Do be aware that the downs are home to wildlife including deer and ponies, pictured here. Keep your dog on a lead if necessary around the wildlife.

Continue until you come to the large building with a small doorway leading to metal steps. This is the old receiver block of the radar station and on the roof there is a wonderful viewing platform where you can see sweeping views over the downs.

As you will see, the terrain is flat heathland. Local rumour has it that a gamekeeper tracked the ‘Manaccan beast’ (a big cat similar to the Beast of Bodmin) to this reserve some years ago. Regardless of the truth of this, the downs are huge, 99 acres and home to many rare plants and animals including merlins and hen harriers.

From the receiver block turn south, away from the dishes and follow the wide grass track. Eventually you will come to the edge of Croft Pascoe pool. Legend has it that a ghostly ship sails here on some nights of the year.  The path turns sharply west again here and veers north back towards the satellite dishes.

Continue along the track, over a boardwalk and then through a gate and onto the track again. When you come to a track ‘T-junction’, turn west into a wooded area, and watch out on your right for the ruined buildings of Croft Noweth, one of several homesteads that were built here in the early 19th century.

This area was home to the highwaymen found guilty of murdering local farmer William Hancock as he made his way home from Helston market on August 20, 1820. Two men from amongst those living in the crofts around Goonhilly were eventually hanged for the crime, although it later emerged that one of the men may have been hanged by mistake, because two local men in the area bore the same name, John Barnicott. You can find the full story on page seven of this local newsletter.

Continue along the track as it turns northeast towards the satellite dishes, past the turf stack to your left. You will come to another wooded area. To your right just before this is Cruc Draenoc barrow, am early Bronze Age burial site dating back 4,000 years.

Continue through the wooded area and you will soon see  the standing stone, close to the boundary of the satellite station which is Dry Tree menhir. The three metre stone marks the point at which the five parishes of the Lizard peninsula meet and it would have been visible for miles around in ancient times. It dates back 3,500 years, but due to legends that it marked the spot where gold was buried, the stone had been dug out and had fallen by the twentieth century. It was righted in1927 by Colonel Serecold and Colonel Sir Courtney Vyvyan of Trelowarren, although it was nearly used for road building in the Second World War.

From the stone, follow the path and you will come to the wide track leading along the boundary of the satellite station. Follow this road a short distance back to the car park. 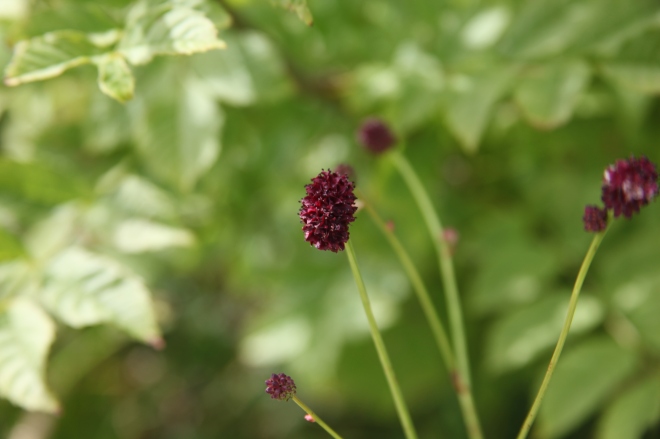 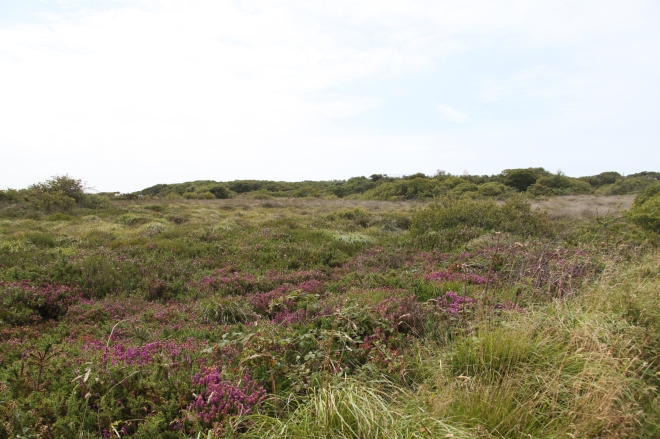 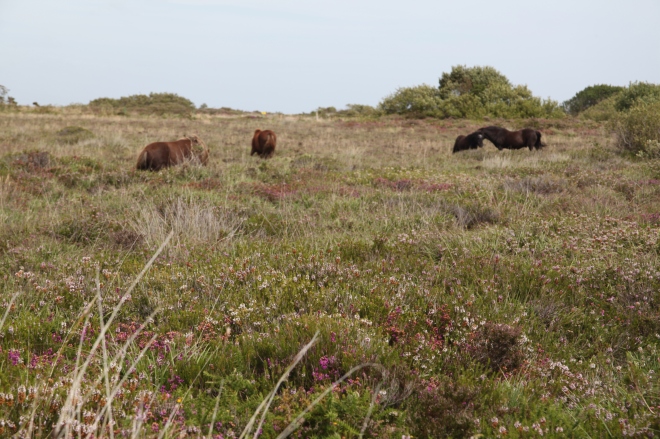 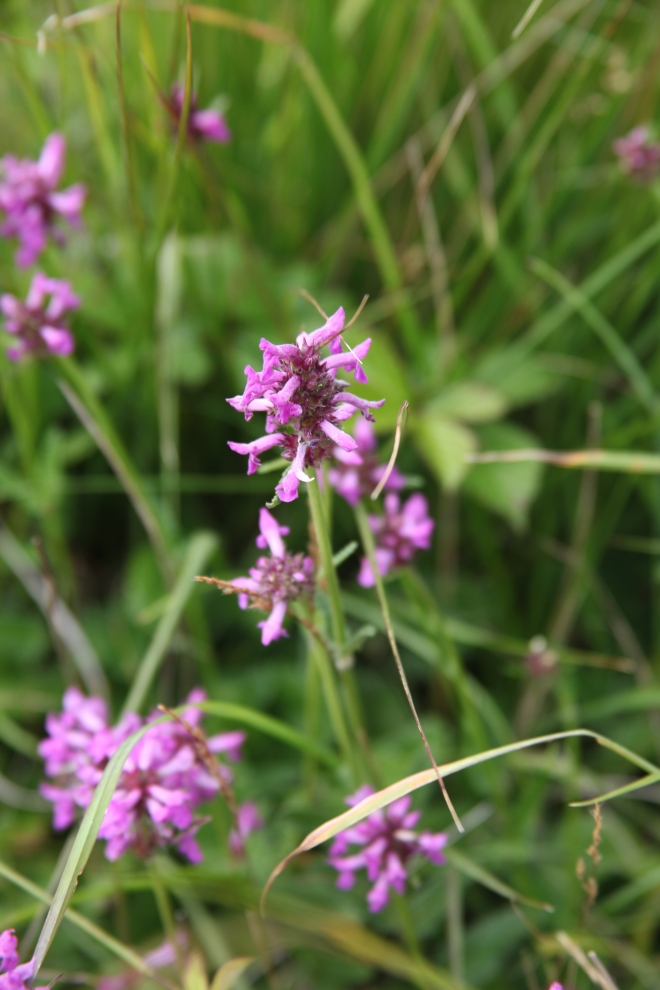 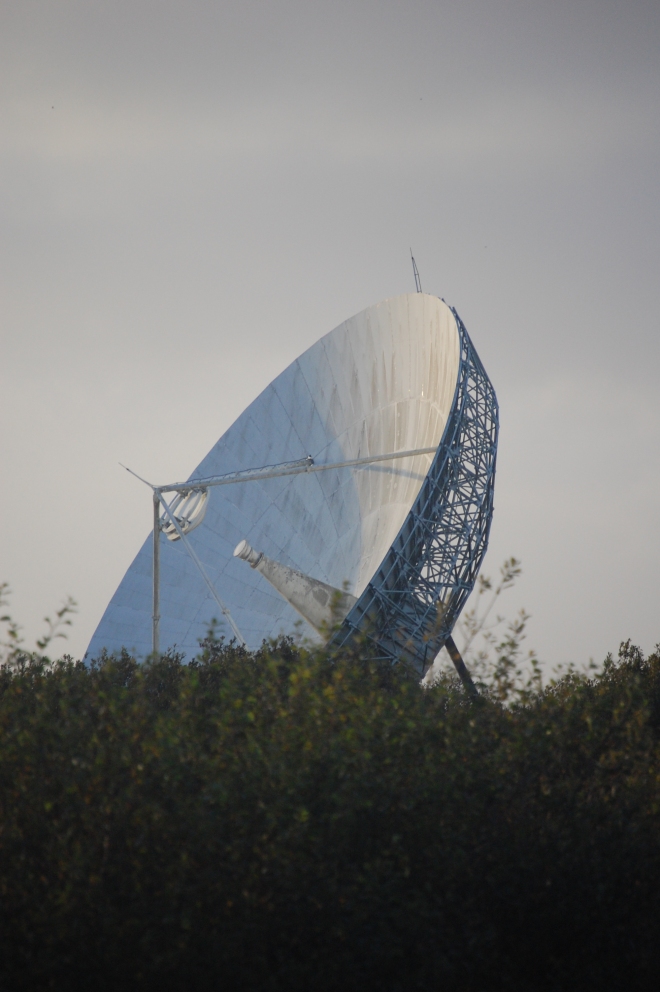