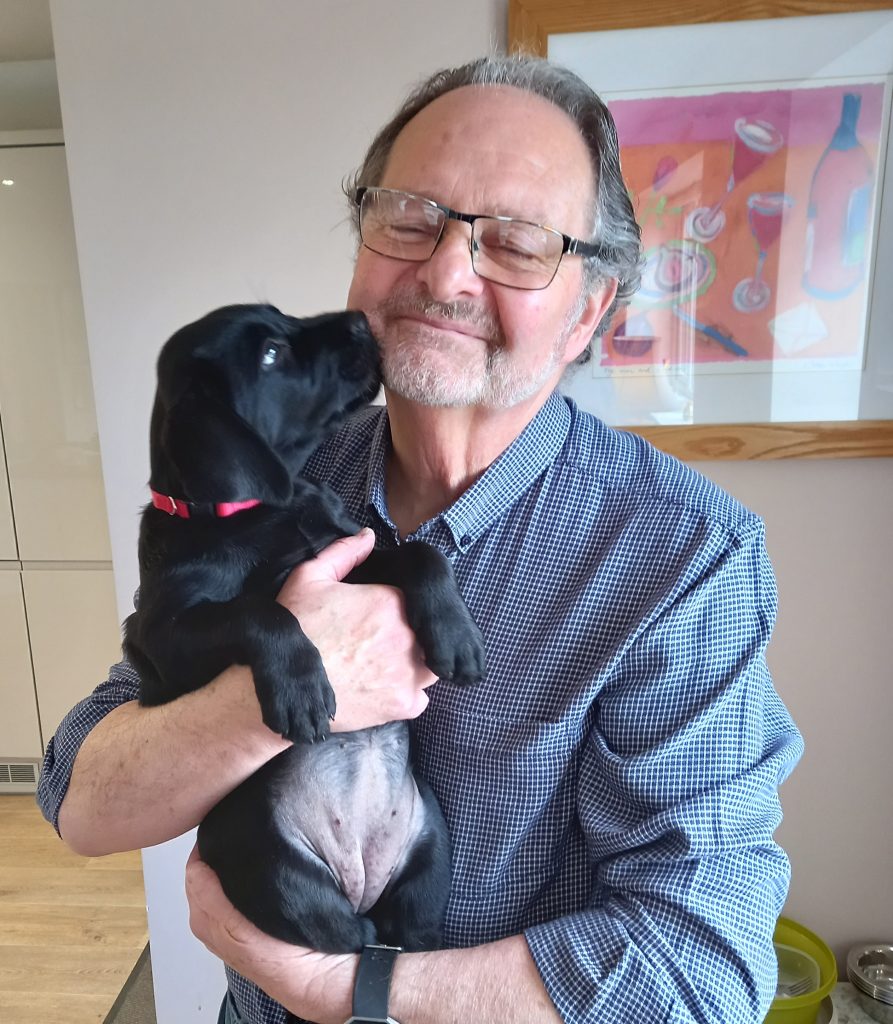 Today we’d just like to share this lovely story with you that we came across from local Cornwall Councillor Julian Rand from Helston.

It’s pre-election time and while many councillors have been out and about on their rounds, Jullian and his wife Ali who live near Helston, have also been very busy looking after a litter of nine labradors.

“We always knew that we wanted our gorgeous labrador Skye to have a litter, so we could have one of the puppies as our next dog,” says Julian.

“Her timing has been impeccable — just in time for the elections. Ali and I have been very busy getting up at the crack of dawn walking Skye and then surveying the room where the puppies have wreaked havoc each night!” 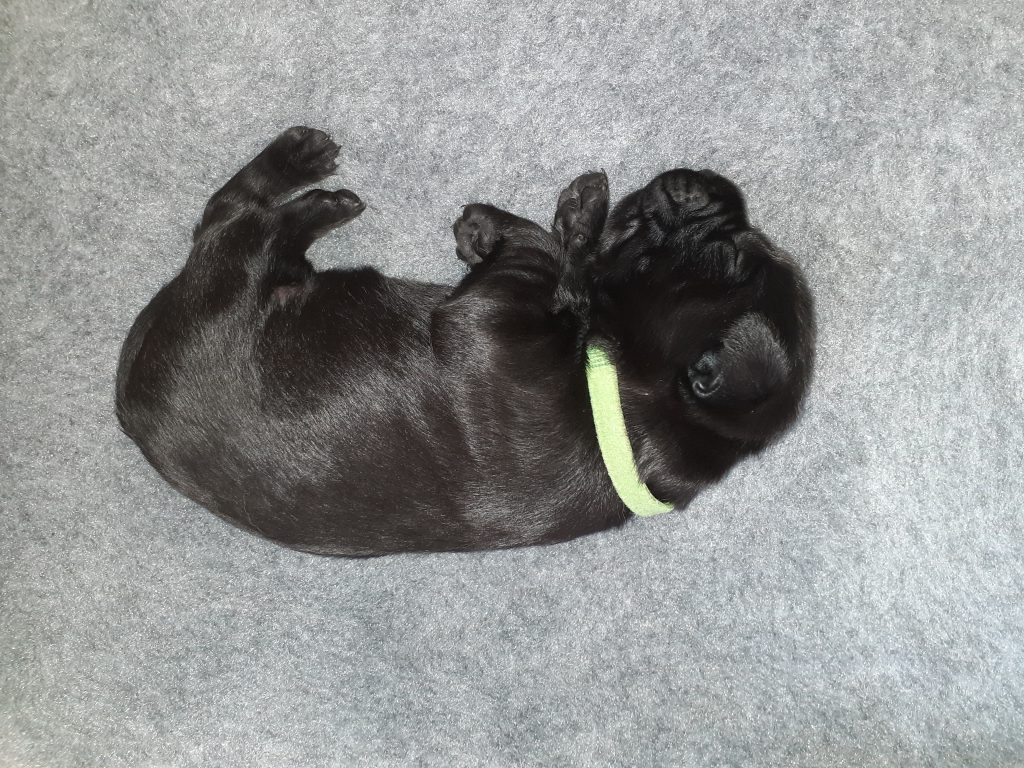 The couple were, however, enjoying the early days of their new puppies until four days after Skye gave birth to her litter, when Julian went to check on them and found the smallest of the puppies, a female, lying unresponsive on her bed.

“I went to pick her up and gently stroke her to see if I could wake her up, and she just wasn’t moving,” says Julian. “I began to get very worried and I called our vets, Head and Head in Helston, and they were honest and gave as much advice as they could, but said that sadly it looked like we might lose her. I then called the owner of the new puppies’ sire, who is a very experienced lady and she also said the same but suggested we try the little thing on some stimulant paste she had given to us.

“I’d been out to the shops early and upon my return, I found Julian cradling this little pup in a blanket with a hot water bottle, she wasn’t moving,” says Ali. “She wasn’t doing any of the things like twitching and stretching which you see normal puppies do whilst sleeping.

“Luckily we had puppystim and powdered milk which the stud dog owner advised us to have just in case.  Sadly, when we tried the puppystim, there was still no reaction, we honestly thought we were losing her.  We mixed up some powdered milk and pierced the end of the teat with a pin.  The milk was coming out so finely that we didn’t think it was making any difference.

“We made the hole on the end of the teat a little bit bigger and re-administered it to the little fading pup.  With a jolt and a stretch, it stimulated her back to a wriggling little ball of fur, we were so relieved.  However, our task wasn’t finished, having rung the vets again and gained some further advice, we had to put her with mum so that mum could start licking her.  Bitches have to lick their young pups to stimulate them to go to the toilet, which in turn makes their body function normally.   With a bit of encouragement and perseverance, Skye started to lick her pup and to our enormous relief she then started suckling on her mum.”

Thankfully the little pup who Julian and Ali have now named Jet has continued to recover full strength and it’s not surprising perhaps that this is the puppy they are going to keep.

“All the others have good homes now,” says Julian. “The new owners have been collecting them. I’m a bit sad now they are gone, but I know they will all be well cared for. And we’re so thankful that we were able to save Jet.”

“The puppies have been a joy, hard work but good fun,” adds Ali.  “They are now with their forever families in the South West and we hope to meet up with them in the future.  It was always our intention to keep one black bitch, fate played a hand, our fading puppy called Jet is now as lively as ever and will play a huge part in our family life.”