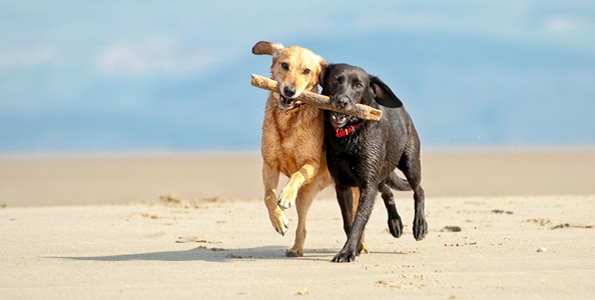 On January 16th, Cornwall Council recommended after a public consultation to amend the existing dog beach bans in Cornwall.

The good news is that there are still plenty of beaches where there are no dog bans and where there are dog beach bans, they will now last for less time if the recommendation is applied. Existing seasonal bans will take effect from 10am in the morning until 6pm at night (excluding Blue Flag beaches which have different times). This is a later start in the day and a slightly earlier end to the ban than the previous times of day which were from 7am on some beaches and in some cases even 24 hour bans.

The bad news is, that they did not opt to recommend the existing bans are only enforced in July and August only. Instead, the recommendation is that the bans will start slightly later in the season, and all from the same date, May 15th (rather than Easter which is the date that some bans have previously begun) and the bans will continue until September 30th.

Please note that Cornwall Council clarified earllier today that these restrictions only apply on beaches where there were already beach bans, (known as PSPOs).

The full text is below…

The Neighbourhoods Overview and Scrutiny Committee has made the recommendation below. Cabinet Member for Environment and Public Protection, Rob Nolan, will make the final decision in the coming days.

10.5 Option 4 – For the Committee to recommend to the Cabinet Member for Environment and Public Protection the following proposed updated PSPO for approval. This takes into consideration the consultation responses from residents and Town and Parish Councils: A PSPO for seasonal dog restrictions on beaches for three years be created;